After the tragic loss of his father, 7-year-old Simon turns to his home Artificial Intelligence communicator, to seek answers while his mother Mary-Anne and twin sister Simone try to readjust to their new reality.

The idea of H.E.N.R.I. was borne out of the Ryan’s observation of his children’s reaction and relationship with the Google home and Alexa communication consoles. Ryan also saw the opportunity to empower his six-year-old children, Ava Singh (Tall Boyz, Handmaid’s Tale) and Sebastian Singh (Suits, Handmaid’s Tale, Silent), in telling their own story. So together, they began writing the story.

Andrea Grant (Get Rich or Die Tryin’, The Listener) joined the team as an actor and producer.

As the project developed, it became the catalyst for honing and nurturing talents in varying stages of professional growth. This project engaged more than two-dozen artists, most of them BIPOC. 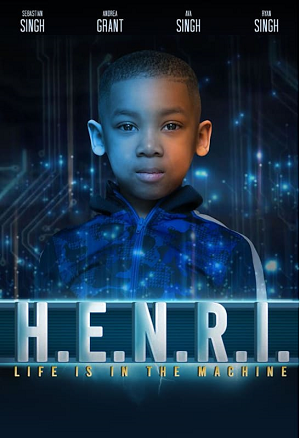